I have come across performance regression in JBPM performance tests introduced between versions 7.56.0.Final and 7.57.0.Final and relevant since. Even in current 7.59.0-SNAPSHOT. There is major decrease of performance in L1000ProcessesSignal and minor decrease in several other tests as can be seen in this table.

I have tried running the L1000ProcessesSignal locally and came to the conclusion that performance regression was introduced with commit - Adding end date to process instance audit table:
https://github.com/kiegroup/jbpm/commit/4b7c47df6cee60cffa5fe4c3a41ad1a8c9504352

The issue is connected to . Adding the index fixed timeouts during the test and they finished successfully, however the performance is still decreased. 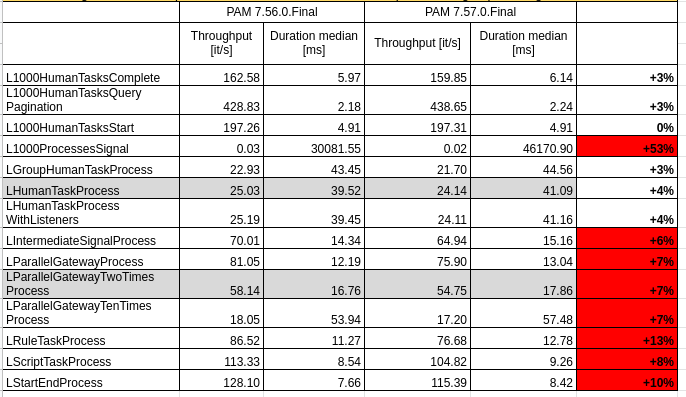